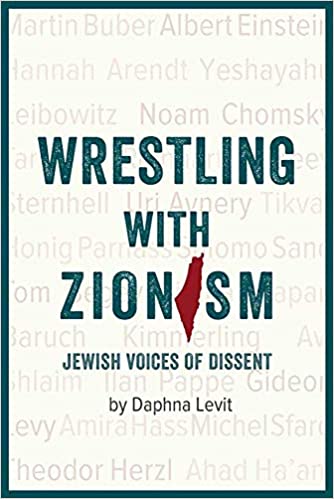 The Western mainstream media portrays Israel, better known as Palestine, as the homeland of the Jews. The reality behind this preposterous claim looks totally different. At the cost of other people, the indigenous Palestinian people, Israel was established in 1948. Over 700.000 were forcefully expelled from their homeland. This crime against humanity has been criticized until now.

Such criticism has been branded „anti-Semitic,“ and Anti-Zionism has also been stigmatized as „Anti-Semitism“ by the Israel lobby and their willing executioners in the West. Especially despicable are the U. S., Canada, Australia, Great Britain, France, and Germany. In these countries, the political class reacts hysterically against any form of anti-Semitism, although many incidents don’t have anything to do with anti-Semitism.

Daphna Levit presents 21 dissenting opinions. These independent voices from Israelis or Jews, which challenge the Zionist narrative, are hardly heard in the mainstream press. The Zionist Israel lobby tackles any media that dares to publish them. Perhaps such courageous books can only be published outside Israel. Together with Zalman Amit, Daphna Levit published the excellent book „Israeli Rejectionism,“ which demonstrates that Israel never wanted peace because the Israeli governments rejected and boycotted any path that could have led to peace with the Palestinians.

„Wrestling with Zionism“ is just another excellent publication by Daphna Levit.