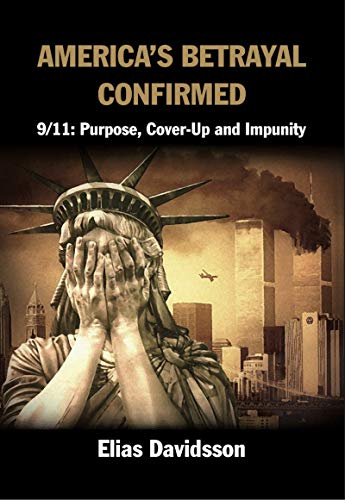 America commemorates the 19th anniversary of 9/11. The BBC broadcasted live from Somerset County, Pennsylvania, that President Donald Trump and the First Lady Melania attended. The mainstream U. S. media just showed clips of the bells, which ring after every name of the victims from the plane cash in Shanksville was read. Didn’t they report because Trump attended the ceremony?

For the political class and the mainstream media, everything is clear about 9/11. That’s why the myth that 19 Muslims hijacked planes and flew them into the Twin Towers in New York City and the Pentagon lingers on. A plane heading for San Francisco crashed by passengers and disappeared on a field in Shanksville, PA, without any debris on the field, just a whole. The major of Shanksville at the time told a German television crew that there was no plane.

The events of September 11, 2001, are still unexposed. Instead, the world has narrated a story within 13 minutes that Osama bin Laden was the supposed mastermind, and after 24 hours, the „facts „were set in stone by a congressional vote.  At a lot of dissenting opinions about the attacks hushed, were silenced, or ignored. The mainstream media behaved the same. All their critical questioning broke off, and they fell in line with the official narrative. Deviations were not allowed and sanctioned with the end of the career. That way, it seems impossible to get to the bottom of the matter.

Elias Davidsson exposes and confirms the betrayal of the American people by its leaders about the attacks of September 11, 2001. His new book runs counter to the official narrative, which was set in stone after 24 hours. In 17 chapters, the author proceeds like a criminal investigator concentrating on the legal and forensic aspects of 9/11, and he debunks the official narrative and everything that goes with it. From his standpoint, all the presented facts do not hold water. There is not a single hard evidence that the 19 Muslims committed this horrendous crime. The collapse of the Twin Towers due to fire is a fairytale taking the opinion of thousands of engineers into account. The same holds for the plane that crashed into the Pentagon, flown by guys who hardly could fly a Cessna.

President George W. Bush branded Osama bin Laden and his al-Qaeda organization as prime suspects. However, Washington supported bin Laden since the end of the Cold War, while at the same time putting him on the FBI’s most-wanted list. Bin Laden was a CIA asset, and his Islamists played a central role in U.S. intelligence, military, and terrorist operations.

For Davidsson, 9/11 was a propaganda-coup, unprecedented in history. „When the sun rose on New York and Washington on September 11, 2001, the official legend of 9/11 lay ready to be promoted worldwide. It was conceived before the events and confirmed by the U.S. Congress – give or take minor details – within 24 hours of the deadly events. „Within hours, the entire world was led astray into believing what can be labeled an absurd tale. The author can’t understand that the Western world swallowed „this legend hook, line, and sinker. „Everybody who questions the official story commits public suicide.

According to Davidsson, the official 9/11 Commission Report is for the birds. The collapse of WTC No 7 wasn’t mentioned at all. For the author, not only academia but also the leftists and liberals failed. Academicians out of fear to lose their career, leftists argued that the attacks were retributions by Muslims against U.S. foreign policies. None of the liberals or leftists ever asked for hard evidence that Afghanistan had anything to do with 9/11, not to speak of Saddam Hussein.

Davidson’s book makes a case for the argument „that the main suspects for the mass murder 9/11 are to be found among U.S. officials. „And he continues saying; „Had the crime of 9/11 been carried out by rogue elements of the U.S. government or by a foreign state against the real interests of the ruling class of the United States and its allies, the plotters and perpetrators would have been exposed and punished long ago. “

As an expert on state-sponsored terrorism, Davidsson calls for an independent investigation because the real perpetrators are still alive and kicking.  The present book constitutes a valuable and possible lasting contribution to critical 9/11 research. To understand U. S. expansion around the globe and its global war on terror will find a lot of arguments in this most important book.

The book is available on Amazon.