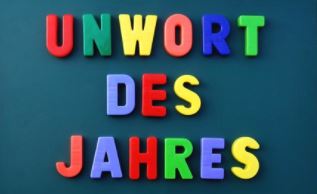 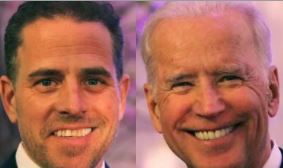 It shouldn’t surprise anyone that the German „Merkel Media“ didn’t report on Joe Biden and his family’s criminal machinations. Why should they? The U. S. mainstream media didn’t either. They even had the nerve to censor an article by the New York Post, which ran a criminal family story. Google, Facebook, and Twitter even blocked the article. So much about American democracy and free media!

The story came to the fore after Hunter Biden, the crack head son of Joie Biden, didn’t pick up his laptop from a repair job. After nine-month, the laptop goes to the shop owner. Perhaps Hunter forgot about the laptop of his being stoned 24/7. The shop owner made a copy of the hard drive and handed the laptop over to the FBI. The FBI, however, sat on the laptop for over nine-month doing nothing, although it contained besides tons of evidence of the criminal machinations of the Biden family, but also pictures and videos about disgusting sex acts of Hunter with minors. If the FBI weren’t a criminal and corrupt organization, it would have arrested Hunter Biden on the spot.

After the Biden story broke, the Democratic Party establishment called „Russia, Russia, Russia“ and defamed a retired lieutenant in the U. S. Navy, Tony Bobulinski, as a „Russian asset.“  He worked as a business associate of Hunter Biden. In 2017, Bobulinski raised concerns to the vice president’s brother Jim Biden, about Joe Biden’s ties to a possible joint venture with a Chinese energy firm. Tucker Carlson (Fox News) made the Biden scandal public by interviewing Bobulinski. Bobulinski met Joe Biden twice in Los Angeles. Bobulinski talked over five hours to FBI agents and handed all his cell phones over as factual evidence.

Apparently, the Biden family received tons of money from Ukraine, the former Russian mayor of Moscow, and the Chinese intelligence officers‘ Chinese energy company. Joe Biden, the „Big Guy“ of this criminal family business, got 10 percent. Joe Biden was a U. S. Senator for decades, and his wife was a school teacher, but their luxury villas are worth tens of millions. Joe Biden started as a poor politician but got out as a multi-millionaire. The whole Biden family is rolling in money. Where did it come from? What do the tax returns of the Bidens say?

For the first time, the American people seem to elect a highly corrupt and criminal guy. If this political mafia prevails, they will do everything to suppress this scandal, and the mainstream media will disperse the truth, what they have done in the last four years towards President Trump. So far, they kept mum, but they have to take on Joe Biden and his family in the long run.

Joe Biden’s rallies were more than embarrassing. His speeches were slurred, and his sentences made no sense. Biden seems highly senile and demented. Should Biden win and the scandal around him and his family unfolds, the Democratic Party establishment will most likely force him to resign and make way for Kamala Harris. This has always been the plan behind a Biden Presidency because they knew about Bidens deteriorating health.

In the German press, nothing of this was mentioned. Even the German correspondents in Washington didn’t waste any words on the Biden scandal. It’s no surprise because they report on the stuff printed in the New York Times and the Washington Post. The whole trick is to translate their stuff into German.